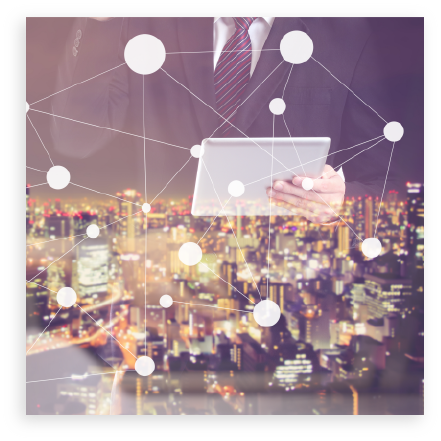 Risk to Small Business: 1.666 = Severe: Hackers accessed a patient database that contained personally identifiable information for patients served by the practice between May 1st and June 12th. Third-party forensic IT specialists determined that information wasn’t copied or downloaded. Regardless, the practice will incur the cost of updating their protocols, and also be subjected to regulatory scrutiny. This could eventually result in additional HIPAA fines, which will negatively affect their bottom line.

Individual Risk: 2.285 = Severe: For those impacted by the breach, personal information, including names, dates of birth, and clinical data was exposed. In some cases, patients had their Social Security numbers compromised as well. Since this information can quickly spread online and onto the Dark Web, identity monitoring services can help identify potential misuses in the future.

How it Could Affect Your Business: Personal data can quickly make its way to the Dark Web marketplaces where it is often used to facilitate crippling attacks. Therefore, businesses bear the responsibility of protecting and informing their customers of what happens to compromised information. With the CCPA on the brink of being implemented, healthcare companies aren’t the only ones that face the threat of legal penalties.

Risk to Small Business: 1.555 = Severe: Massachusetts General Hospital (MGH) has begun notifying patients of a data breach in two of the hospital’s computer programs. The event first occurred in June, but the hospital waited more than two months before notifying patients, significantly restricting their opportunity to take precautionary measures before the data is further misused. Now, MGH is incurring the cost of third-party security analysts, and they will be subjected to additional regulatory scrutiny because of the sensitive nature of their business.

Individual Risk: 2.428 = Severe: The data breach exposed personal information for patients participating in select clinical trials. The information includes patient names, dates of birth, medical record numbers, and medical histories. However, Social Security numbers and financial data was not exposed to hackers. Despite the elongated timeframe, those impacted by the breach should review their accounts for suspicious activity, and they should enroll in identity monitoring services to ensure their information’s security moving forward.

How it Could Affect Your Business: Especially for businesses operating in highly-regulated industries, protecting personal information is of the utmost importance. However, when a mistake is made, every business needs to supportive resources in place to hasten a full recovery and to begin repairing the intense reputational damage that accompanies a cybersecurity incident. In doing so, companies protect their customers, which could make a big difference when securing their loyalty in the future.

Risk to Small Business:  1.666 = Severe: A ransomware attack on the city’s IT infrastructure has crippled their ability to conduct business. The attack was part of a targeted effort impacting 20 Texas municipalities, and it cut off access to basic city services like public records, bill payments, and communications systems were inaccessible. Fortunately, the city has been able to restore several functions without paying the ransom, but several services remain unavailable.

Individual Risk: No personal information was compromised in the breach.

How it Could Affect Your Business: Ransomware attacks increasingly afflict local governments and small businesses that often don’t have robust resources to devote to cybersecurity initiatives. However, cybersecurity experts that can identify and address potential vulnerabilities are a relative bargain compared to the tangible and less quantifiable costs associated with a ransomware attack.

Risk to Small Business: 1.888 = Severe: An expansive data breach at a third-party vendor compromised students’ personally identifiable information. The breach is attributed to Pearson, but the cost of containment and restoration will fall squarely on the district’s shoulders. Consequently, the district will endure the cost of updating its data privacy protocols and the increased public and media scrutiny that often accompany a data

Individual Risk: 2.285 = Severe: Hackers accessed students names, birthdates, and student ID numbers. However, Social Security numbers or payment information were not compromised. Unfortunately, even small amounts of personal information can be used to enact future identity or cybercrimes. Therefore, those impacted by the breach should enroll in the provided identity monitoring services while also being aware that their information could be used against them in future phishing or other cyber-attacks.

How it Could Affect Your Business: Today’s business environment often depends on third-party partnerships that can increase an organization’s capabilities. However, when it comes to data privacy, these relationships can also create vulnerabilities, so cybersecurity protocols need to be a top priority when entering into these relationships. Moreover, having customer protection services in place can help mitigate the risks of a data privacy event negatively impacting your customers.

The First Half of 2019 Sees Precipitous Rise in Data Breaches

A recent report by Risk Based Security confirmed what many people already knew: data breaches are increasing in frequency and scope.

In the first half of 2019, there were 3,816 data breaches, a 54% increase from the same period in 2018. In total, more than 4 billion records were stolen. While the majority of these records, 3.2 billion were stolen as part of eight high-profile breaches, more than one billion records were taken in lesser known data heists from smaller organizations.

The healthcare sector led all industries with 224 data breaches while retail and finance accounted for 199 and 183 breaches respectively. Meanwhile government and education have collectively endured nearly 300 data breaches.

According to the report, email addresses and passwords were the most sought after data, occurring in more than 70% of data heists. In contrast, only 11% of data breaches contained financial information like credit card numbers.

Email addresses and passwords can be used to promulgate additional cybercrimes, and companies need to train their employees to protect this information as phishing scams and other attacks threaten the integrity of these credentials and business’ entire cyber infrastructure. For starters, implementing comprehensive awareness can help strengthen the security of your company’s email addresses and passwords.

Google Estimates 1.5% of All Internet Passwords Vulnerable to Spearphishing

Sometimes cybercriminals get too much credit for their ability to infiltrate businesses’ IT infrastructure. In many cases, employees’ bad password practices actually cause the vulnerability, a reality that was confirmed in a Google study released this week.

In the report, Google estimates that 1.5% of all logins used on the internet are a vulnerability to credential stuffing attacks because they were disclosed in previous data breaches. What’s more, even when companies or employees were notified of this vulnerability, only 26% of people changed their passwords to secure their accounts.

However, there is one silver lining. For those who did update their information, 94% created a password that was as strong or stronger than the original password. Ultimately, it’s a reminder that many security vulnerabilities are fixable, and partnering with qualified cybersecurity experts can help you identify these vulnerabilities before they create a catastrophe.

The Benefits of SaaS and How It Enriches Protection
Apr 5, 2021
8 Ways to Keep Your Small Business Secure
Mar 4, 2021
What is IT Operations Management and How It Can Benefit You?
Feb 5, 2021
Become Sustainable: Properly Dispose of Your E-Waste
Jan 4, 2021

Be the first to hear about our services, collaborations and online exclusive content. Join the Kobargo Family email list!

By submitting this form, you are consenting to receive marketing emails from Kobargo Technology Partners. You can revoke your consent to receive emails at any time by using the SafeUnsuscribe® link, found at the bottom of every email. Emails are serviced by Constant Contact.